I am living in a tiny Canadian town right now and it’s grey and rainy and blah. Naturally, escapism is a priority for me at the moment (or it runs my life, whatever). What better way to live “from near to far” when I can’t literally do that than to watch beautiful movies set in Europe?

Here’s my attempt at a film review. I’ll try to avoid spoilers, but make no promises.

Last night the Sackville Film Society showed Certified Copy (2010), starring Juliette Binoche and William Shimell and directed by Abbas Kiarostami. [A note about the SFS: it is society run by Thaddeus Holownia, and every week throughout the academic year, they show a film that is more ‘under the radar’ than the typical blockbusters shown at The Vogue. Thaddeus noted at the opener this September that the SFS is the only film society left actually still showing movies on film, rather than digitally, which is impressive. It is truly one of this town’s most charming features.]

Here is the trailer for Certified Copy:

That should give you enough of the story to be intriguing without me rehashing the plot. 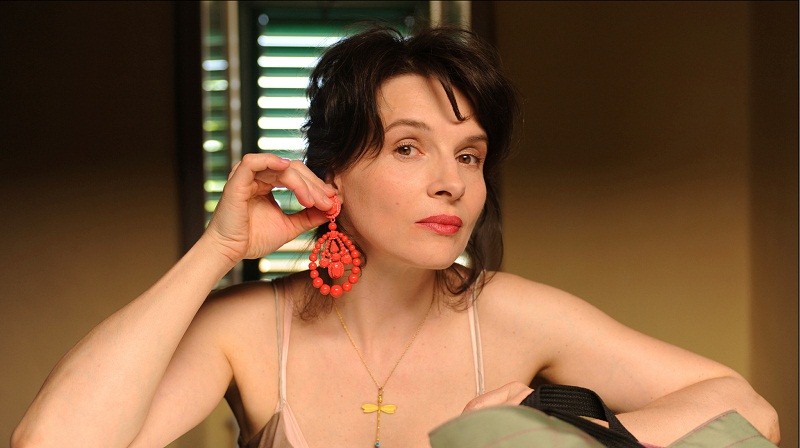 Beware, though: movie is more complicated than trailer appears – this is no lighthearted rom-com. It is a film that circles around the notion of love, but lingers unsettlingly in the darker corners of a charming Tuscan hotel room rather than proclaiming itself triumphantly in the setting sun.

This film gets its tiny hooks in early, catching at that the woolly, romantic part of the brain that revels in that first spark of infatuation that one feels upon meeting certain strangers. I admit, I am a bag of mush when it comes to movies about falling in love with strangers, especially when it involves a ride through the Italian countryside down a road lined with cypress trees, tiny coffee mugs in rustic cafes, very old people walking slowly, and red lipstick on a sad mouth. And long, intense close-up shots of the two main characters. And discussions about the meaning and value of art. And cobblestones, so many cobblestones.

But these hooks snag, and that seductive initial pulling eventually becomes destructive, unravelling any conceptions one might have about this particular relationship. Or relationships in general. Or the exquisite pain accompanying love that is perhaps inevitable after a 15-year-long affair with an artist/writer. In this sense of unravelling, I am referring to both the main characters and the viewers here, for it is impossible not to become wrapped up completely in their mysterious progression from strangers playing at love to lovers who have become estranged.

This movie is complex and confusing and quietly beautiful. The sense that something has been irrevocably lost is palpable in its final scenes. Juliette Binoche’s character whispers hopefully that, maybe if we were more tolerant of each other’s weaknesses, we would be less alone. Maybe we all need to hear that once in a while.