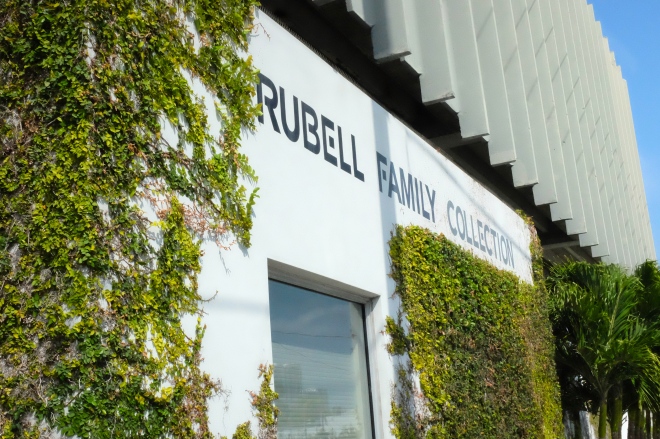 For our last afternoon in Miami, we braved the freeways to get back downtown and visit the Rubell Family Collection in Wynwood. This was recommended by Cindy, a friend whose taste in art, music, and solo travelling is unparalleled, so we had to check out this collection. The day had turned blindingly hot and almost muggy (not that we were complaining), so it was nice to spend a couple of hours in the massive concrete rooms  that house the Rubells’ eclectic collection.

All of the photos in this post were taken at the Rubell Family Collection gallery, and while I won’t give details on the artists here, you can read all about them. Most of these pieces, unless otherwise noted, are part of the “To Have and to Hold” exhibition, which is showing from December 3 until May 30, 2015. It celebrates the Rubells’ long history of appreciating art, with works spanning from the 1970s to the present. A pretty formidable collection! 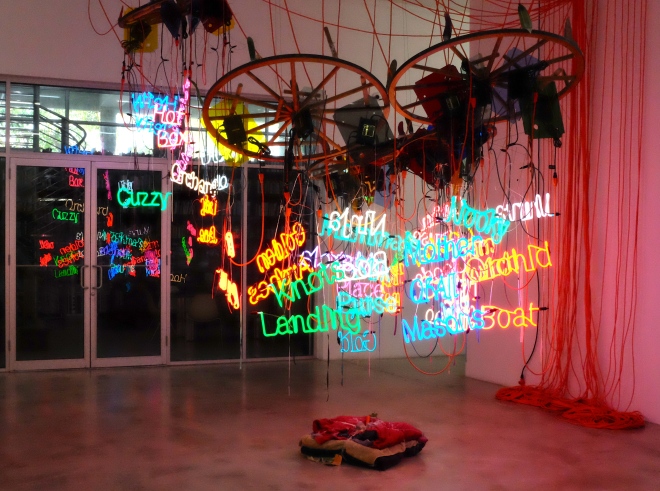 The Rubells’ personal story is pretty interesting, and you can read more about it on their site. Established in 1964 by Donald and Mera Rubell in New York City, the private collection of contemporary art is expansive and wonderful and extremely varied: 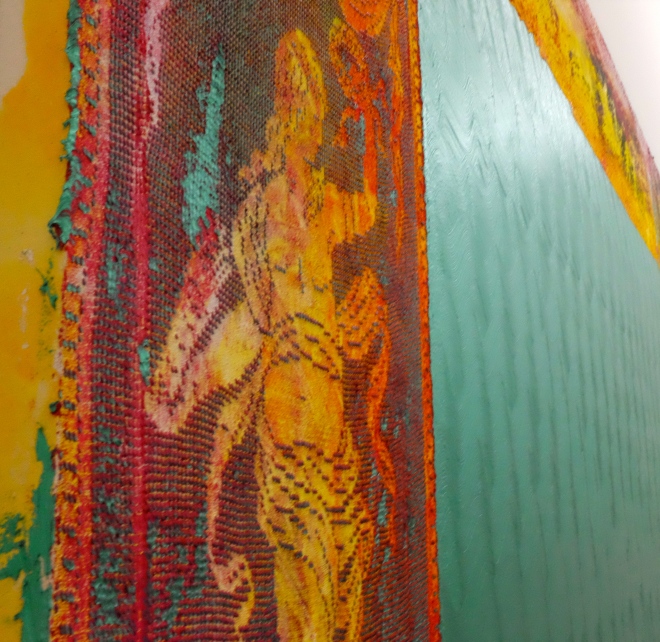 It’s a great thing to support people who make this kind of collection publicly available. And the art itself was awesome. As always in a gallery, there are going to be pieces you don’t really get. And contemporary art tends to be like that for a lot of people – naturally, the more risks you take in art, the greater the chances of alienating some (or most, or all) of your potential viewers. But that’s the beauty of it, really – that freedom to take chances and have them derided or questioned or celebrated.

But there are also those pieces that speak to you in that language beyond words, that make you stop in the middle of a vast expanse of white walls and concrete floors and gasp and clutch your empty hands together uselessly, that make your heart leap in your chest like when you see the one you love in a room full of strangers.

This piece above, by Lucy Dodd, may have been my favourite in the whole place. The materials she used to create it are not found on your ordinary paint palette:

So cool! (Involuntary cameo by parents to show the incredible size of the piece.)

The pieces in this post are a few that made me react in that way, all for different and valid reasons. That’s why I love exhibitions that feature several, or many, artists with varying styles and mediums – there’s something for everyone, unless you just really hate art. (In that case, get outta that gallery and go get a hot dog or something!) 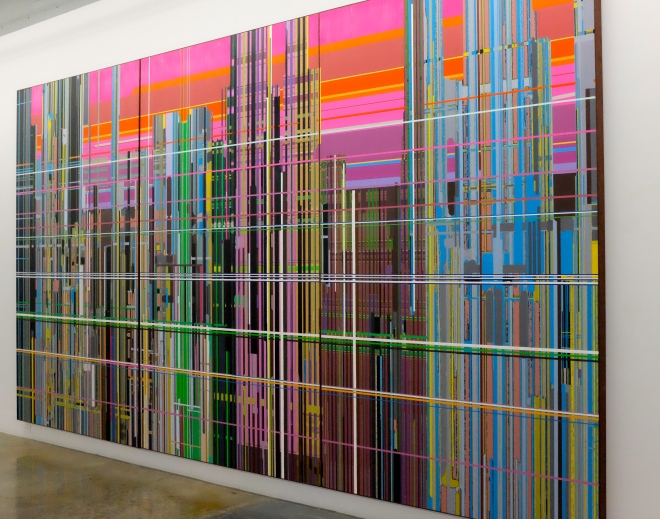 Visit the Rubell Family Collection’s gallery in Miami if you ever get the chance. It’s wonderful.

Last in the Miami Countdown series: 1. Appreciate the ones you love, and see them whenever you can.