I love Amsterdam! Mink and I spent the entire time in the city singing this song:

As she promised, Mink wore the street hat I found in Brussels all day and all night.

We checked out of the Brussels 2Go4 Quality Hostel by 11 a.m., and luckily they said we could stash our backpacks in storage until the next day, when we’d be checking right back in. The train ride itself was easy to organize, which is fortunate since we aren’t really planners. But we were in Amsterdam by 3 p.m., and I immediately got a great vibe from the place.

We met Mink’s friend from high school, Matt, since he lives in a village a few minutes outside of The Hague, and started wandering the city. Here’s the story of the day in photos.

First of all: canals. They really are everywhere, and beautiful!

The houses lining the canals are all narrow so that as many people as possible can enjoy a waterside location. Since there’s no way one can get furniture up these staircases, all of the houses have hooks to pull it up to the rooms and shove it through windows (this was something I remember my friend Alicia telling me about when she lived there after high school). They still use these hooks, of course; there’s something quaint but practical about the whole system.

I am a big fan of the houseboats, too. New life goal: live on a houseboat and putter along the canals of Amsterdam in the sunshine. 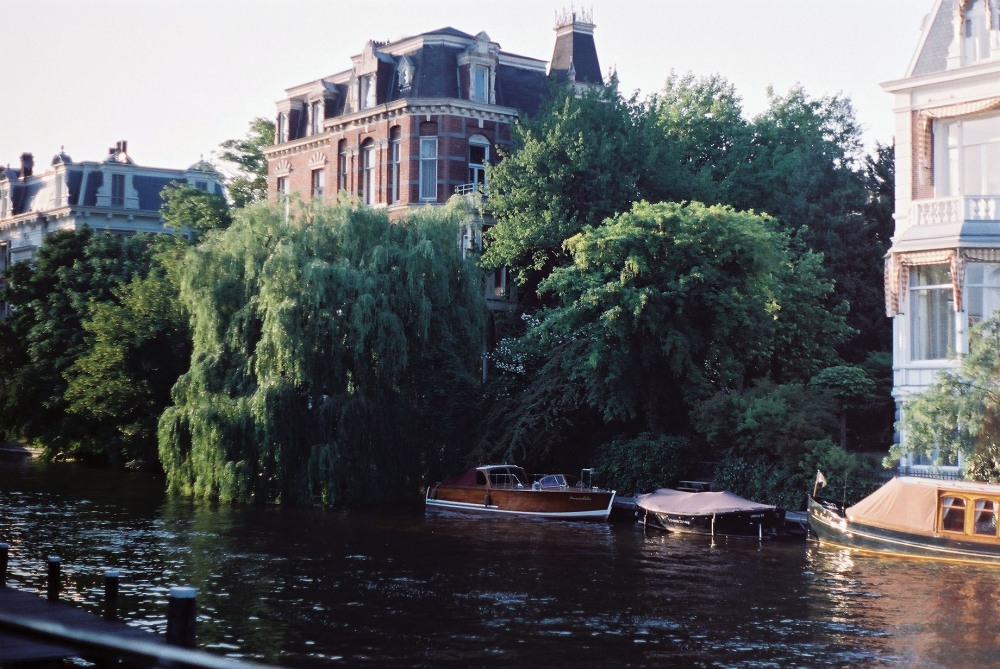 Since it was a Saturday, there were a bunch of stag parties that started their drinking on boats in the afternoon… but I think these particular guys were just Dutch dudes chillin’.

Another key thing about Amsterdam: bicycles. Everywhere. Dangerous! Here is one crucial accessory for maneuvering through hordes of oblivious tourists:

We got chips and mayo/various sauces (Chipsy King!) and then found this yellow clog in Dam Square. Mink and Peter took it for a spin!

Next, we checked out some break dancers in Leiseplein Square.

We sat in Museum Square for a long time on a strangely tilted patch of grass, watching the birds.

This was our view for most of the afternoon. 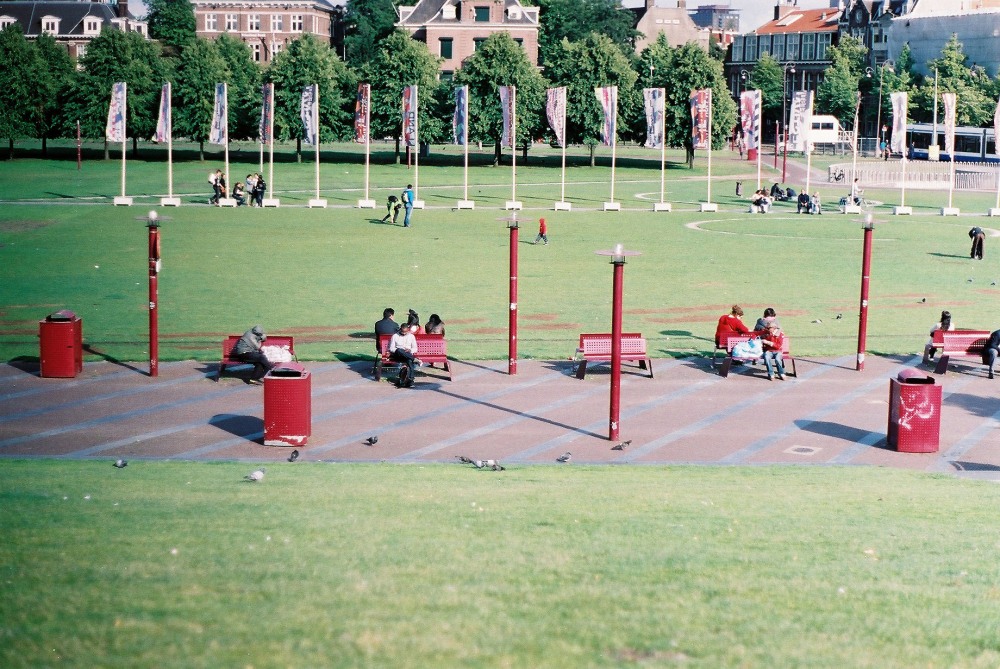 When the sun went down it was chillier, so we sought out a bar for some dinner and that’s where the photos of the day end. We eventually walked through the red light district, called De Wallen, which is world famous. It was unsettling, to say the least, seeing women selling sex under those lurid red lights.

We wandered from bar to bar, and ended up dancing for a long time in a creepy, tiny bar with black walls called “The Mine.” Not the best music ever, but we had fun. The night ended with us dancing at another random bar with pretty classy chandeliers. Around 4:30 in the morning we were all exhausted, so Matt suggested we take the last train back to The Hague and cab to his house and crash there. Turns out that was an excellent idea, since we all needed sleep badly.

We only ended up spending 14 hours in Amsterdam, but it was love at first sight.