Who: Lapalux, OBESØN, and WOLF SAGA
What: Chillllllllll loungebasement beats
Where: Tattoo, 567 Queen Street West
Price: $12
Bonus: Standing two feet away from Lapalux and watching him dance to his own creations

WOLF SAGA was a great opener for Lapalux – the crowd was small but appreciative of this London, CA producer. It was my first time seeing a set of his, but he’s got some great remixes on his SoundCloud, and I think he’s got a good future in this city of diverse music-lovers. And obviously, the name he chose is nothing short of amazing.

OBESØN (that’s pronounced Obey-Son) is my favourite surprise find of the week! The Toronto producer’s tracks, which I have been playing at work for the past few days (all day), are luscious, immersing, contemplative, rich ear-fodder. I am terrible with genres, but I think this is some kind of deep witch house? If that is even a thing. But whatever it is, I like it.

OBESØN is a very unassuming person. He just set up his equipment like he was hanging out in his own basement, and played a low-key set while his friend posse cheered him on and took photos.

His set had nicely layered-in R&B vocals – which I admit my hatred of if it’s not presented to me in this sort of pleasing audio-sandwich – and produced a deep, soothing vibe that was like a salve to my over-worked brain (the curse of the Thursday night mush-brain). And then, he just as quietly packed up to make way for Lapalux.

Lapalux, known as Stuart Howard to his friends, is a British kid (and I can say kid because he is younger than me) who has produced some amazing music in recent history. He’s on the Brainfeeder label alongside the likes of Flying Lotus, Thundercat, Underachievers, Teebs, and TOKIMONSTA, so that gives him more than enough cred in my books. Look up any of those artists if you’re in the mood to remix your definition of music. 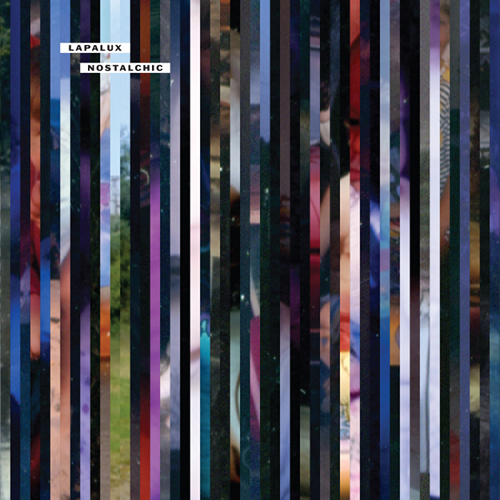 Lapalux released an LP, Nostalchic, in 2013, and it is amaaaaazing – see “Guuurl” above for proof. The album is low-key, subtle, smooth, yet consistently surprising – never confuse chill with boring! His set at Tattoo was more upbeat, and he was clearly enjoying himself. I know absolutely nothing about music production equipment, but the way he conjures soundscapes from a million buttons is impressive, as it is completely non-replicable on my part.

He was just a blur as he bobbed in time:

That’s another +1 for solo concert-going!

OBESØN’s deep, beautiful remix of this other (dare I say – shudder – iconic?) Canadian artist keeps playing and I keep loving it more and more, despite the fact that I have never heard one of his original songs in full: