Last weekend I had the chance to shoot a roll of film at St John’s Norway Cemetery and Crematorium, a beautiful 160-year-old cemetery near The Beaches. (Which is a beautiful neighbourhood itself. Travel just a few blocks south, and you can take a stroll along the boardwalk – not many cities I’ve been to have the option of beach-in-city, which is a huge perk if you live around these parts!)

As you may know if you’ve read this blog before, I have a thing for cemeteries. The main draws are the quiet, the sprawling grounds, and the chance to be alone with your own terrifying contemplation of mortality instead of being absorbed into a screen of some sort, the comforting distraction of which seems to dominate the rest of our waking hours these days.

The film I used was likely salvaged from some corner of my apartment, given to me ages ago by an old friend. Hence the tint of these photos – no photoshop or filter required. Although I can’t process my own film, and this makes for a real process to get it developed and then put on the internet, I still love it for this unpredictable quality. Case in point, check out the film burn in the bottom left corner: 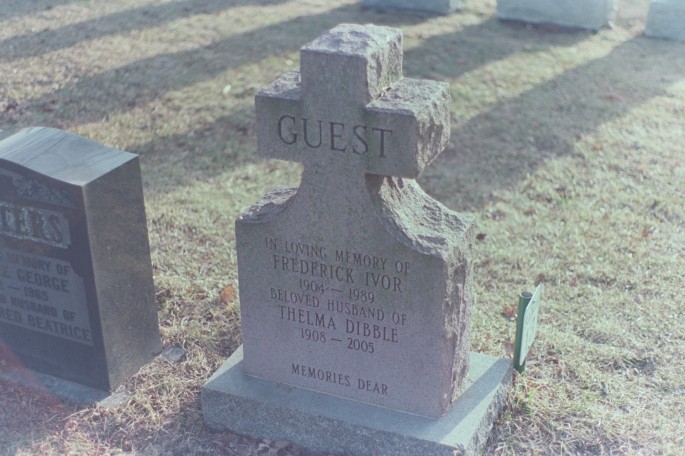 A few of my favourite shots: 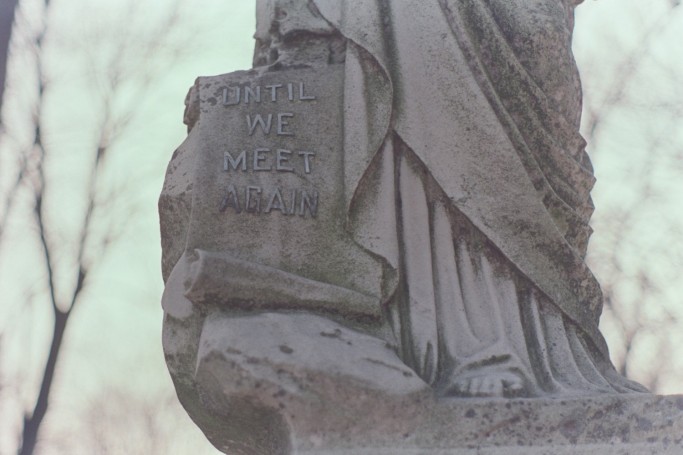 Check out my flickr for more of this roll, and some travel photos from ages ago, when I was lucky enough to live in Vienna and hop on a bus or a train to go to Krakow, Budapest, or Prague on a whim (I know, it was the worst ever). Happy Sunday!