A couple of weeks ago, Mink and I decided to make a somewhat spontaneous trip to Prague. I’d wanted to go there since my sister had told me about how awesome it is, and we don’t have much time left to travel in Europe before going back to Canada.

I had no idea that Damien Rice had a secret track called “Prague” on his O album, but it’s incredible.

Mink and I spent Sunday recuperating from Bryan, Christie and Tiffany visiting, but Monday we were ready to go on another adventure. We did literally NO planning for this trip, but it couldn’t have worked out better! The only slightly unfortunate thing was that Mink’s camera battery died the minute we got to the city, but I still had my camera and she had her video camera to record significant happenings, as per usual.

A bus to Prague from Vienna only costs 19 euros one way, so we headed to the bus station and asked the kind lady for a ticket on the next bus, which was conveniently scheduled to leave in an hour. Four hours later, there we were — in the most beautiful gothic city I’ve ever had the privilege of visiting.

We found our way to the Old Town Square and got a double private room at Hostel Tyn, right behind the stunning Church of Our Lady before Týn.

We ate vegetarian food at Dhaba Beas, which is excellent and cheap and right beside our hostel, and thus highly recommended. After we’d fortified ourselves, we walked around for a few hours and saw:

The giant metronome on top of a hill. 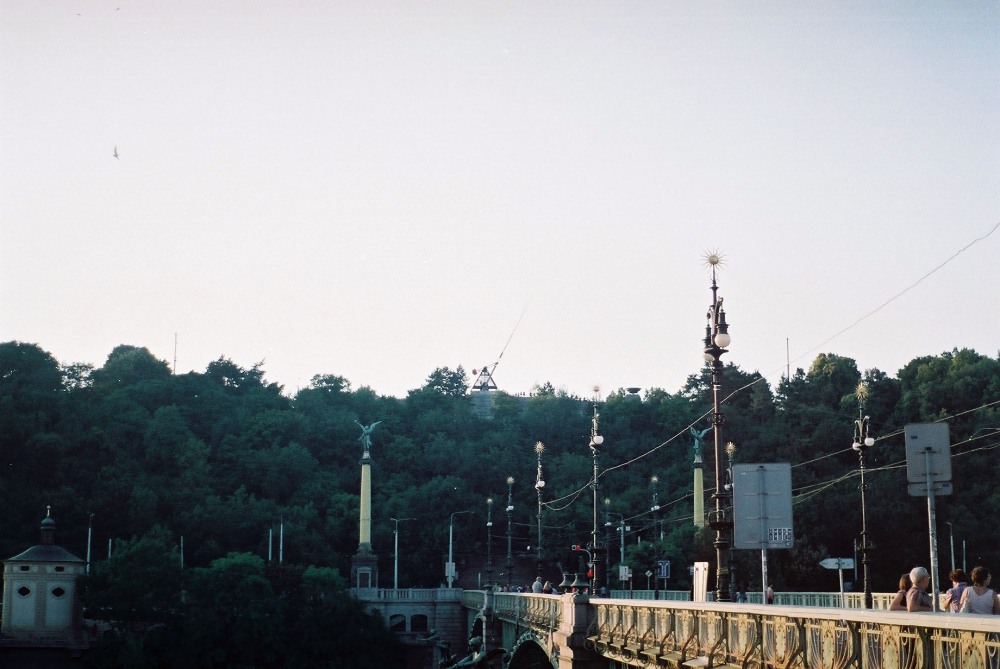 The view from one of the bridges. 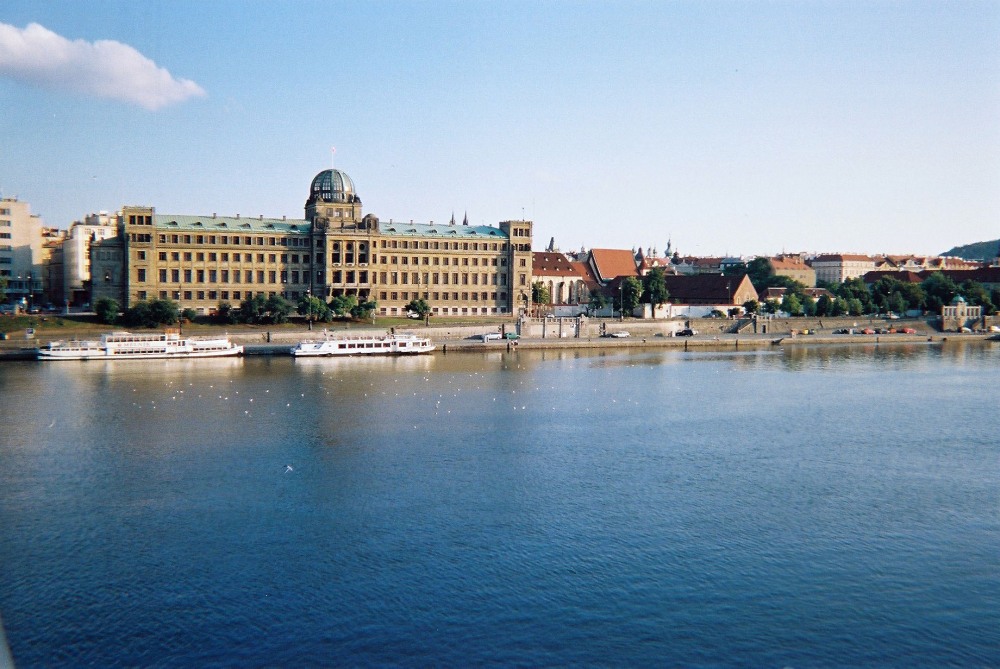 Another bridge with great architecture.

Some men by the river.

After doing the touristy thing, we signed up for a Pub Crawl, which included free shots and a t-shirt and admission to four bars. It ended at “the only 5-floor club in Prague,” which was pretty groovy, although quite labyrinthine. It was a great night, barring the fact that the majority of attendees at the pub crawl were 19 or younger… guess that makes us cougars at age 25? Bring it on.

We had an excellent time dancing the night away, and getting to see Prague all lit up at night was fantastic. It was a beautiful way to end our first night in the city!