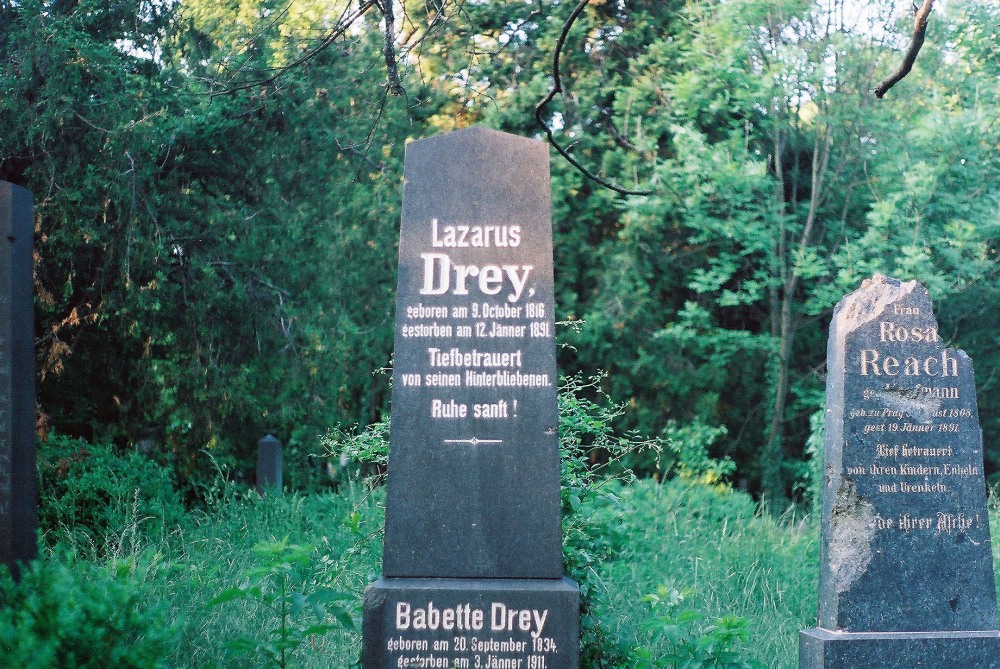 This photo reminded me a song, “Lazarus” by Porcupine Tree, which is rather atypical for their sound but evokes something similar to what I feel when I’m in graveyards.

Strange to think that the name Lazarus Drey once signified some haphazard combination of flesh and blood and consciousness, and now it’s just two words engraved on a rock. Stranger still, when I searched this name on the internet, the first hit is him. Go figure. To be fair though, it’s not the most popular name these days.

I mentioned last week’s journey with Julien to the Zentralfriedhof in Simmering in my last post, but I just got my photos back yesterday so I thought I would add some narrative to them. Appropriately enough, tonight I read this story about a girl’s not-quite-voluntary tour through a crematorium – I don’t know if I could handle that experience now, let alone when I was eleven. That being said, I do share the author’s morbid fascination with cemeteries and the preparations for death in general — although I don’t think that’s so uncommon.

I digress. We arrived at the cemetery after 7:00 p.m., and were a little dismayed to discover that the gates close at 8:00 in the summer. This was actually not such a terrible set of circumstances, however, as the light was swiftly waning and, although I do love graveyards, the thought of being trapped within the 10-foot walls of this one all night was slightly terrifying. I decided that one hour should be more than enough for Julien to see a bit of my favourite place in Vienna.

I found this deer while there was still a lot of light left, and we also saw a fawn a long ways down the path, looking straight at us and twitching its sticky-out ears. 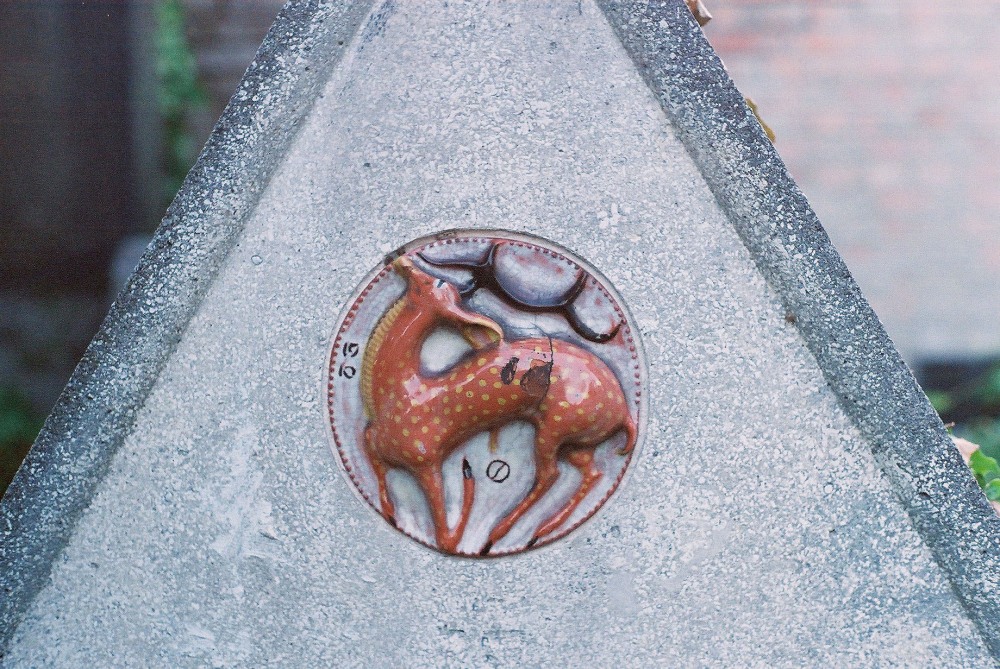 This is a small part of the rubble that has remained just as it crumbled when sections of the cemetery were bombed during the war. It’s strange to think that a pile of rubble, such tangible remnants of destruction, can often be just as powerful a reminder (or even more so) as a carefully crafted monument erected for the same purpose. 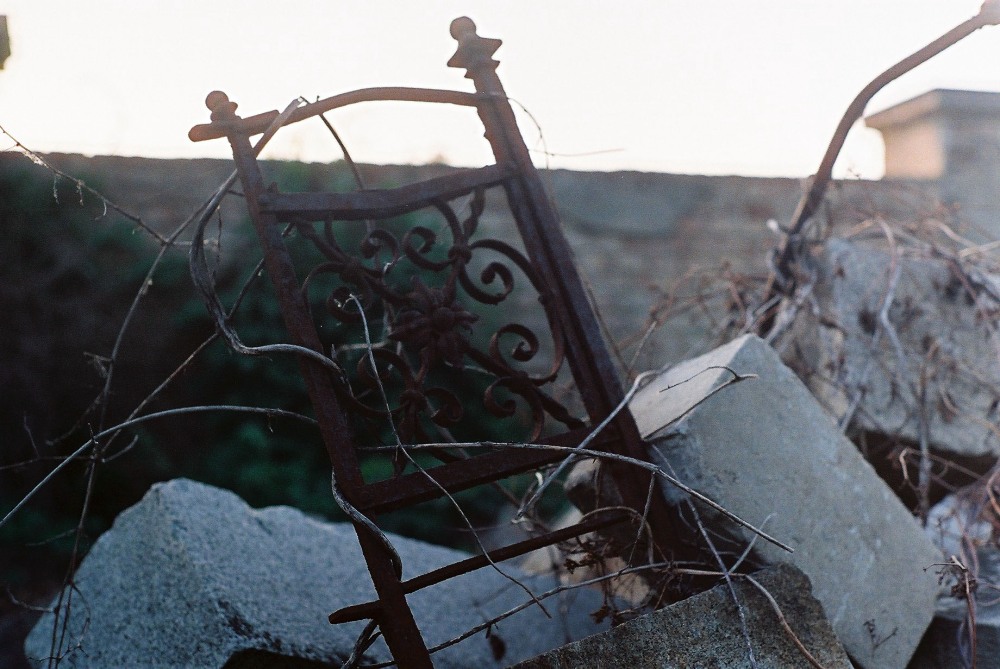 Here is another victim of bombings, stark against the green: 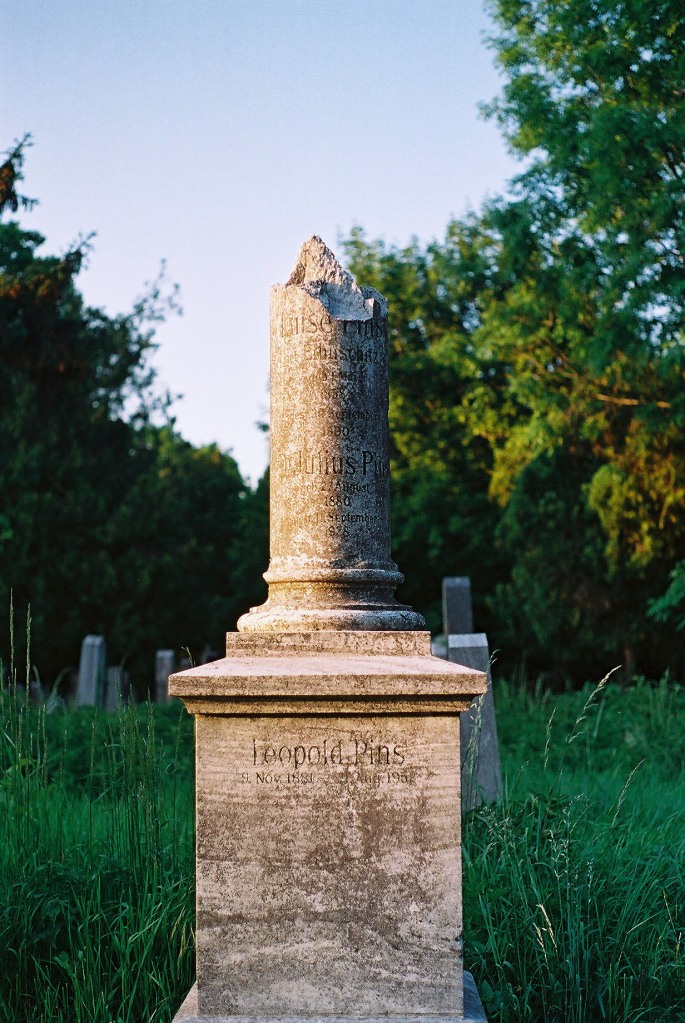 The sun was setting, making everything rusty gold. 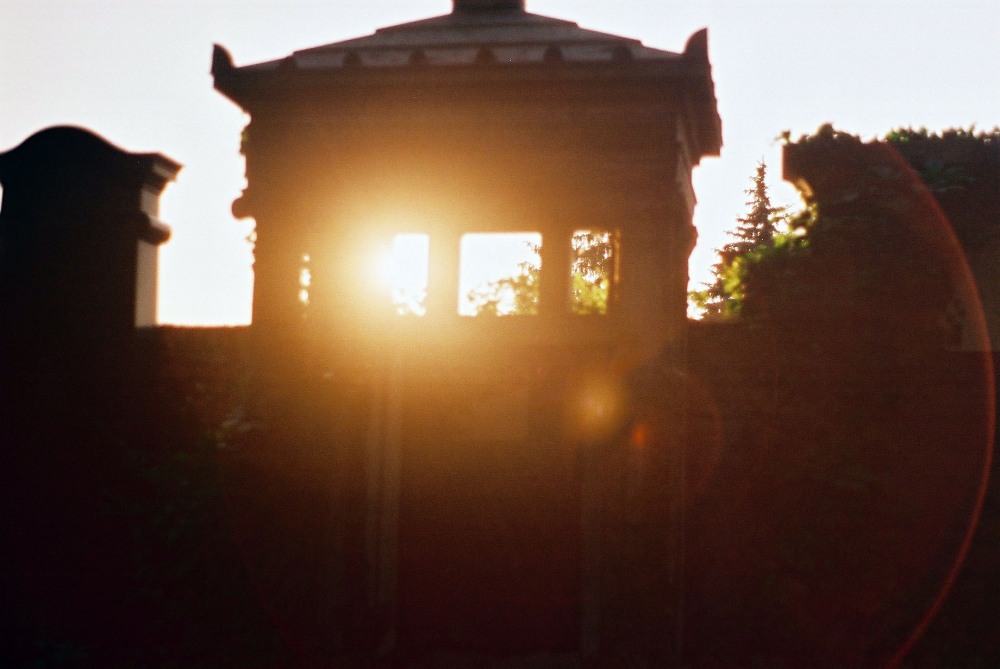 We mostly wandered through the Old Jewish Cemetery — while there are paved roads and stately crypts and manicured lawns in some areas, many of the central rows are grown over with vines and moss, seemingly forgotten. The tilted, weathered graves somehow soften that strange orderliness we tend to give our burial grounds. 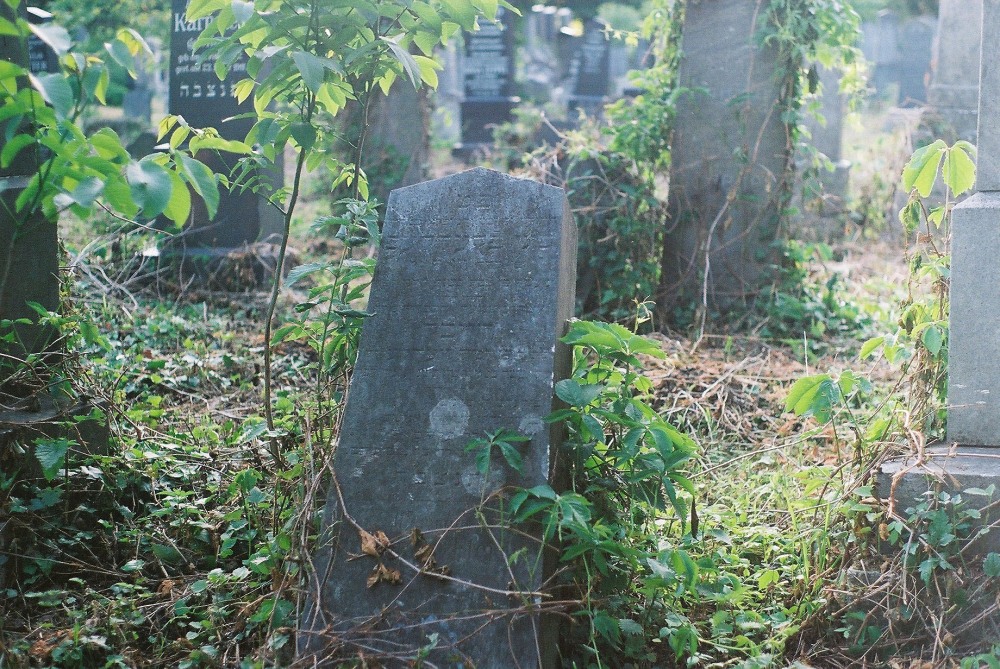 This is an archway of the church in the centre of the Zentralfriedhof: 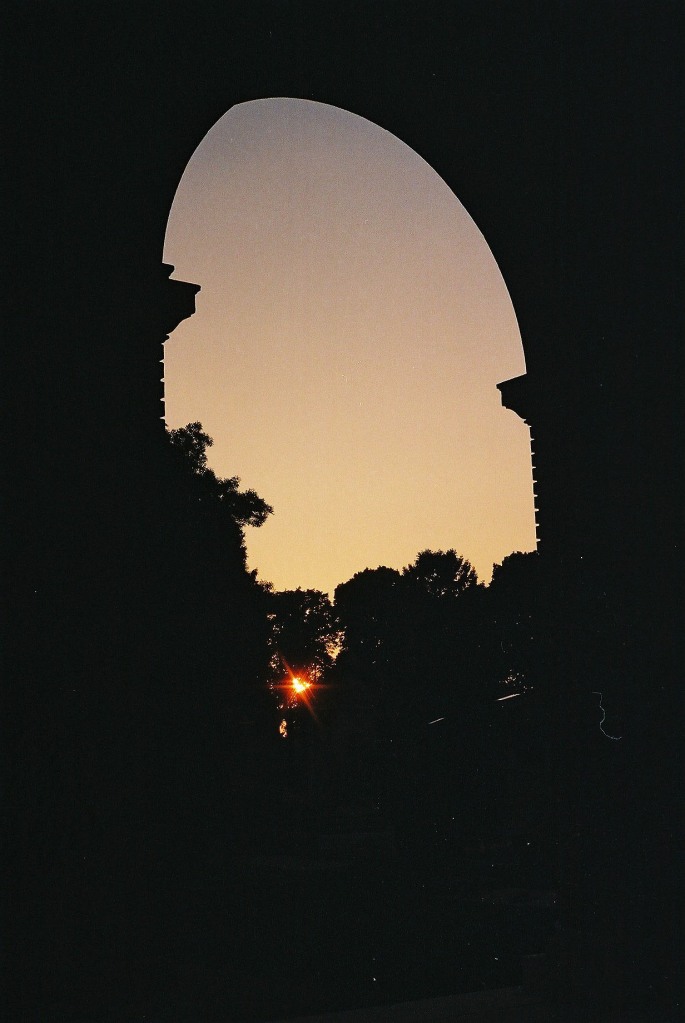 And this, lastly, is my favourite photo from the excursion – the tiny, ghostly hand on the back of someone’s grave. Lame as it is to admit this, I couldn’t resist wondering what it would feel like if it was grazing the back of my neck as I took this. I blame it on the location. 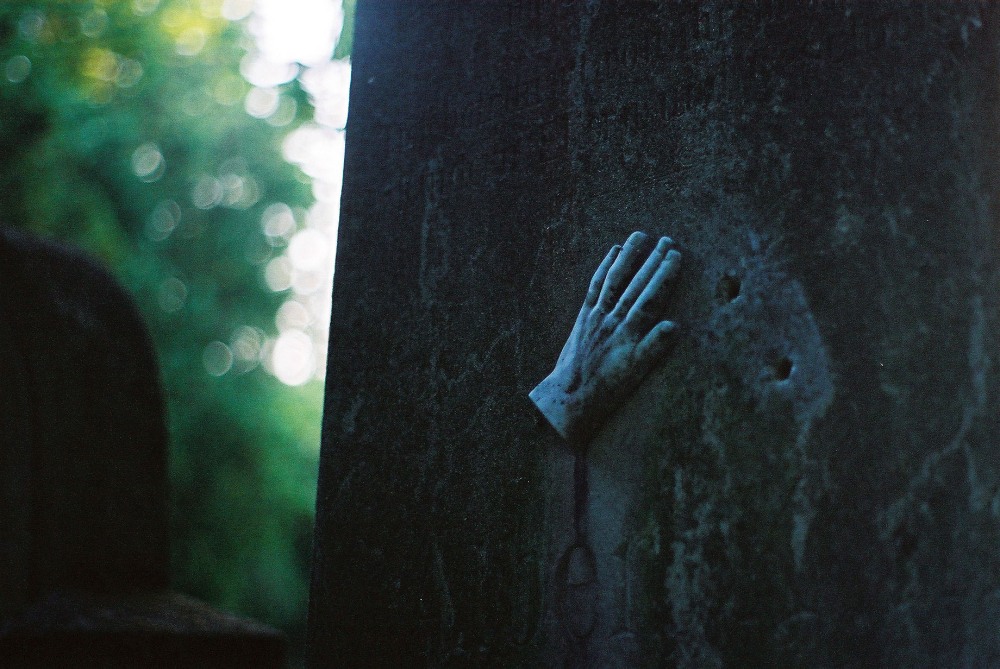 One warm night last summer, I asked a friend if he believes in ghosts out of the blue. We didn’t reach any real conclusions then, and I am still unsure of my own answer to that question, but walking through the cemetery at night is not a bad place to start looking for one.