Seeing as this blog is about living in Vienna, one might assume that this post is about Mozart, one of the most famous people from Austria ever. I know this to be true because people wearing powdered wigs and white stockings and long coats flock to tourists in Stephansplatz to try to sell them concert tickets. It’s Mozart reincarnated many times over, I swear, although they’re a little pushier than he looks in this portrait (c. 1780): 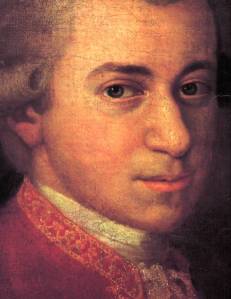 There are also giant cardboard cutouts of the guy propped up outside of shops to assist in selling chocolates. With any luck, one of these very figures will soon be a prominent feature in our living room, which will complement our newly-assembled red couch nicely. (I admit, Mink and I don’t have the dexterity or the speed required for a successful heist of said Mozart, but we have connections.)

I digress. Mozart features in this blog, but that comes later on. First, exciting notes on a different kind of music (or several different kinds, if I’m splitting hairs). These are the upcoming concerts about which I am currently peeing my pants, at least metaphorically: 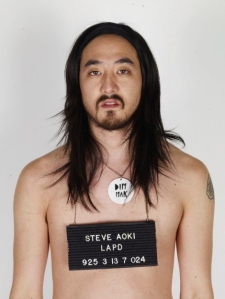 1. Steve Aoki, November 12 @ Gasometer. I just bought tickets today, so we’re going for sure! I saw him DJ in Montreal last April, and it was one of the best concert experiences of my life (thus far, of course). My memories of that whirlwind of a night are sporadic but vivid: Aoki doing a flip from his table and landing in the crowd, only to have disconnected a cable in the process and momentarily cutting the sound. Being able to touch Aoki’s microphone from the awesome spot I reached by worming my way through the jostling crowd and battled to maintain for the rest of the concert. Having bottles of champagne poured on us on four different occasions. Being continuously pelted with gum (the concert was being promoted by a new brand of gum and people were throwing individually-wrapped pieces into the crowd the whole night. It seemed cute and fun  at the time, but then I woke up to find my all-black Chucks ruined forever because a hot, sweaty mass of people had been moshing, literally for hours, on a bed of gum). Getting Aoki’s autograph, in all of its adorable glory: 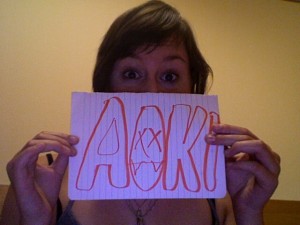 Proof of the epicness comes courtesy of Karel C’s photostream on Flickr. I’m in here somewhere, dazed and happy. I woke up on Adele’s couch the next morning sticky with champagne (and gum, naturally). My hearing was gone for a good part of the day, and all I could discern was a loud ringing in my ears. My head was pounding from imbibing Red Bull and probably from chewing gum all night. My throat was raw and scratchy from yelling “AOKI!” for hours, and a couple of my ribs definitely felt bruised. Clearly, Friday has to be a worthy sequel to this epic night.

2. Ratatat, November 17 @ Flex. Hopefully Mathis was successful in his quest to procure tickets today! I’ve liked Ratatat for a while, but I hadn’t listened to them in a long time. And I’m stoked to get back into their music. Apparently this is what they look like; I had no idea:

Their stuff is all really catchy though, so it should be a high-energy set! 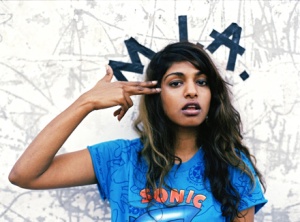 She’s political and crazy and sexy, and her songs are as catchy as hell. (If you don’t know who she is, think “Paper Planes,” or that awesome montage of kids living on a train in Slumdog Millionaire.) I’m getting into her new album, called /\/\/\Y/\, although it’s not as immediately accessible as Kala or Arular. Her graphic “Born Free” video features a bunch of ginger kids being chased, rounded up and put on a bus, and then shot at as they’re forced to run through a field full of land mines. It’s provocative, to say the very least. Apparently it was even banned from YouTube. Here is the video, via Vimeo. Guaranteed to be an intense concert!

4. ? Interpol, November 18 @ Gasometer. This one’s still up in the air, but Interpol is one of my favourite bands ever. Their newest album is self-titled and, while not my favourite, is still a strong contribution to their discography. I shouldn’t let a mere €34 ticket price deter me, right? I mean, look at how dashing they are!

Also, this is one of the most innovative music videos I’ve seen:


I’ve been living in a tiny town in New Brunswick for the past four months, and while I do love Sappyfest and the occasional bands who stop by on their way through to Halifax (or westward, towards Montreal), it doesn’t compare to the musical smorgasbord available in a real city. Yeah, that Interpol concert is probably going to happen.

As promised, more on Mozart to come, that sly bastard. 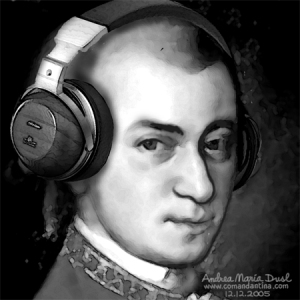