For our second day in the Czech Republic, over coffee Mink and I figured out how to get to Kutná Hora to visit the Sedlac Ossuary. This is the bone church that Mink’s parents told us about when I had been in Vienna for less than a day and had been dreaming of going to since then.

“Bones” by Radiohead seems an appropriate song for this post, although it’s nowhere near dark enough to encompass the morbid concept of decorating an entire church with bleached human bones:

We figured out the train schedule, and then bought some lunch at the grocery store and hung out outside the train station for a while to people-watch – it’s where a city’s strangest folk seem to congregate, I’ve noticed. And then we took the one-hour train ride to see Kutná Hora, a beautiful little town – it’s worth reading the Wikipedia entry for the history of the place, since it’s fascinating.

Our first stop was, of course, the Sedlac Ossuary, the story of which is highly intriguing for anyone because of what motivated its creation, and not just for people with a morbid curiosity (namely me, in this case, but I think that everyone should consider the incredibly ephemeral nature of life once in a while to keep us humble).

The outside of the church is normal-looking enough: 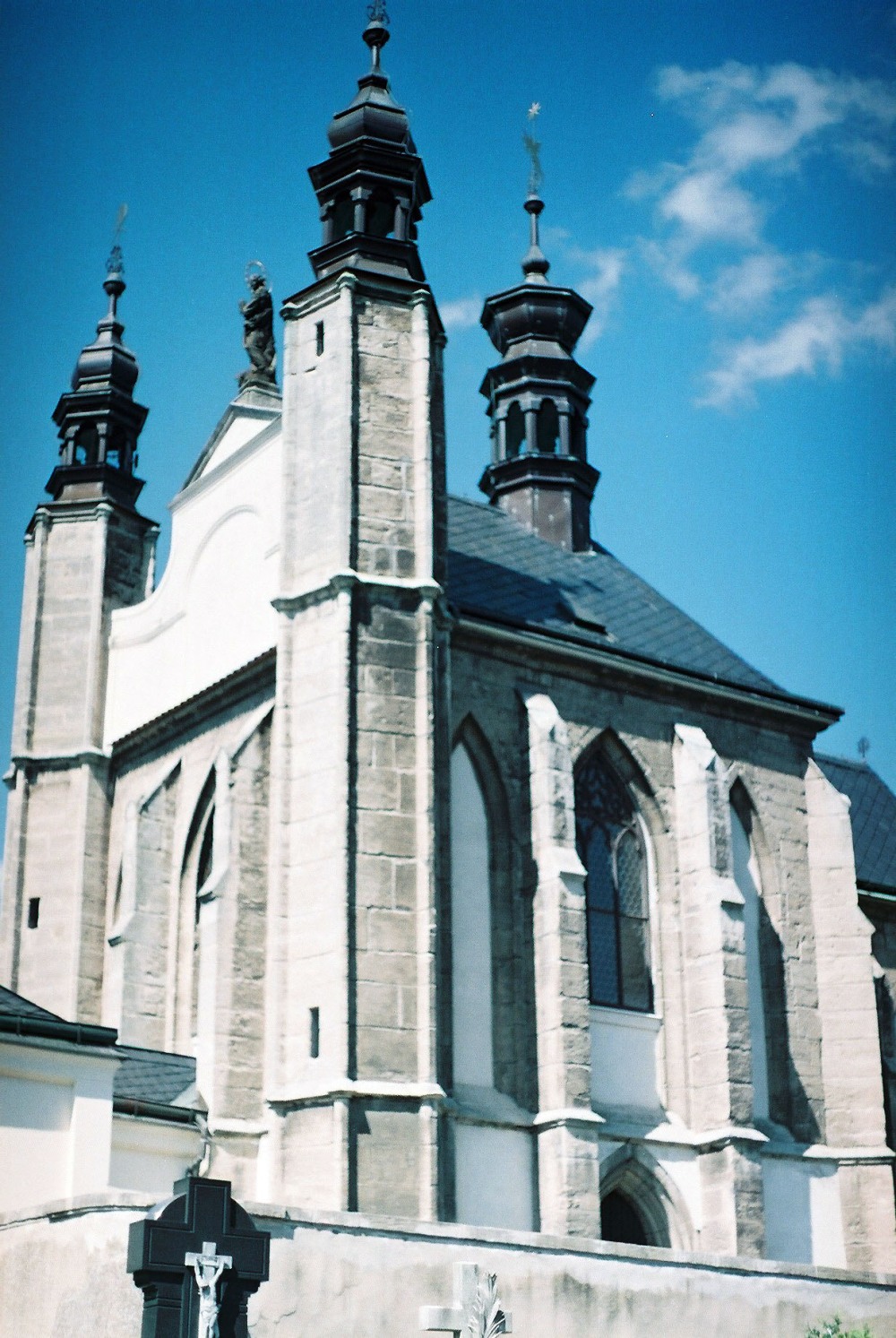 Apart from the church itself, the visitors themselves were an interesting component of the experience – there were a bunch of punks who’d come in on motorcycles, dressed in full leather. Mink and I concluded that this was a punk/metalhead mecca of sorts, something punk grandparents tell their punk grandkids to go see when they have the chance because it’s so gothic-dark. Or something.

The cemetery outside of the church is innocuous and cheerful with its bright bouquets, and surprisingly small – I guess that’s why they ran out of space so quickly.

The nutshell version of the ossuary’s origins (according to Wikipedia, which is the only way I learn anything anymore, apparently): when an abbot returned to the church from the Holy Land in 1278 and sprinkled a handful of earth from there on the cemetery, it became the hip place to get buried, and people were clamouring for a spot. The Black Death in the 14th century upped that number of corpses substantially, and the ground was soon full – so they started to dig up the old skeletons in order to bury the fresher bodies. Consequently, the ossuary contains the bones of between 40,000 and 70,000 people. This is my favourite photo I took that day — there are huge, neatly stacked piles of skulls behind this row:

Photos cannot encompass the feeling this church imparts on its visitors, but here are some anyway. At the entryway, blurry because I was so excited:

The macabre decorations are the work of František Rint, who was hired in 1870 to organize the bones. They were all boiled and bleached, and out of these remains he created the lovely chandelier, which contains all of the bones in the human body: 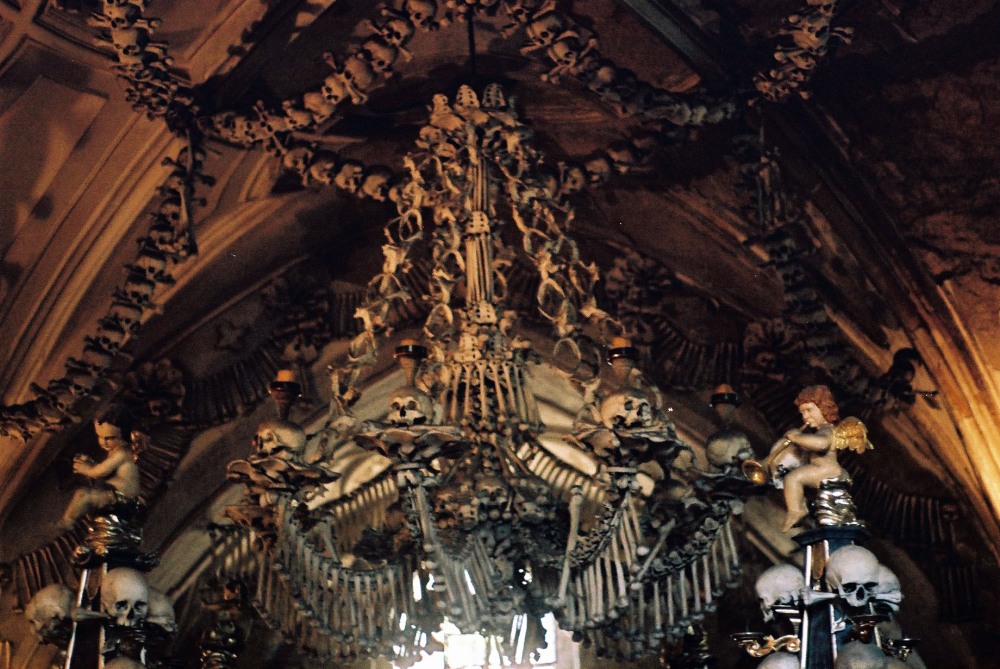 Rint also included his signature on a wall to the right of the entrance, which is kind of cheeky of him and suggests the kind of humour in his work:

The coat of arms made out of bones. 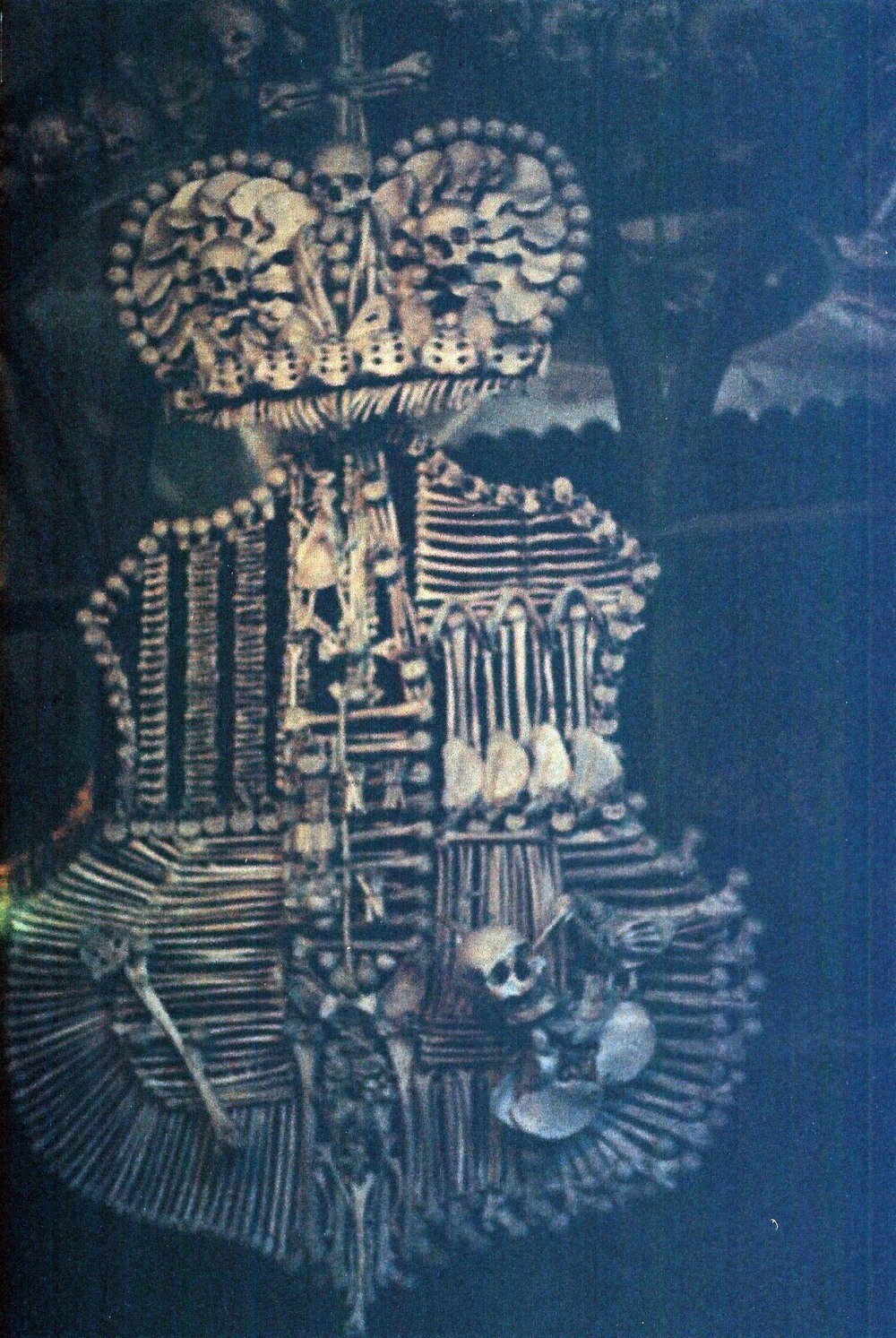 This is the coat of arms close up – it’s a bone crow pecking out the eyes of a bone soldier, another instance of Rint’s sense of humour: 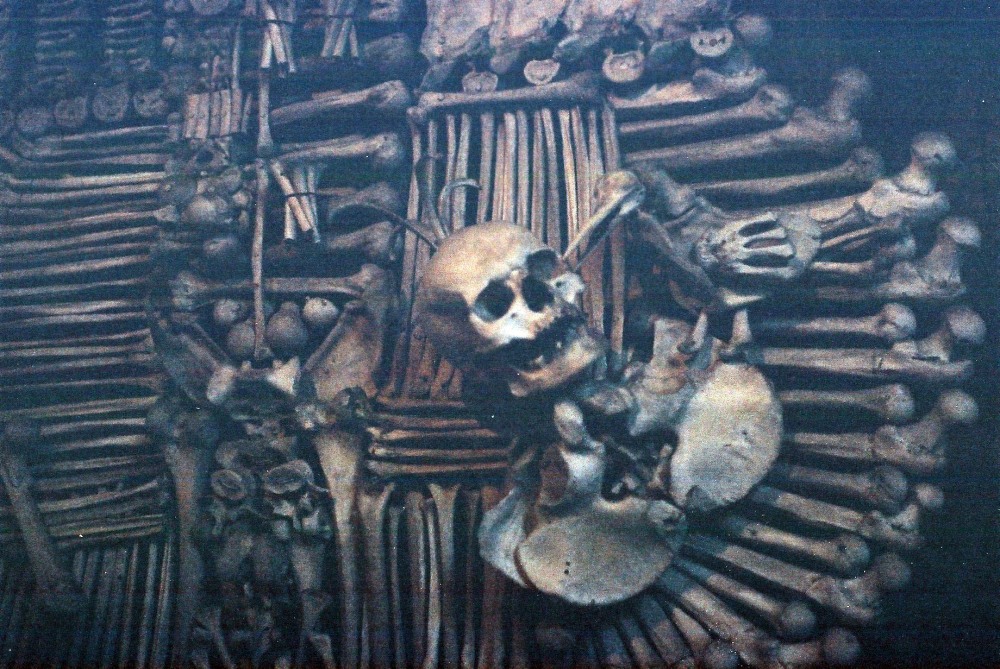 Mink and the bones: 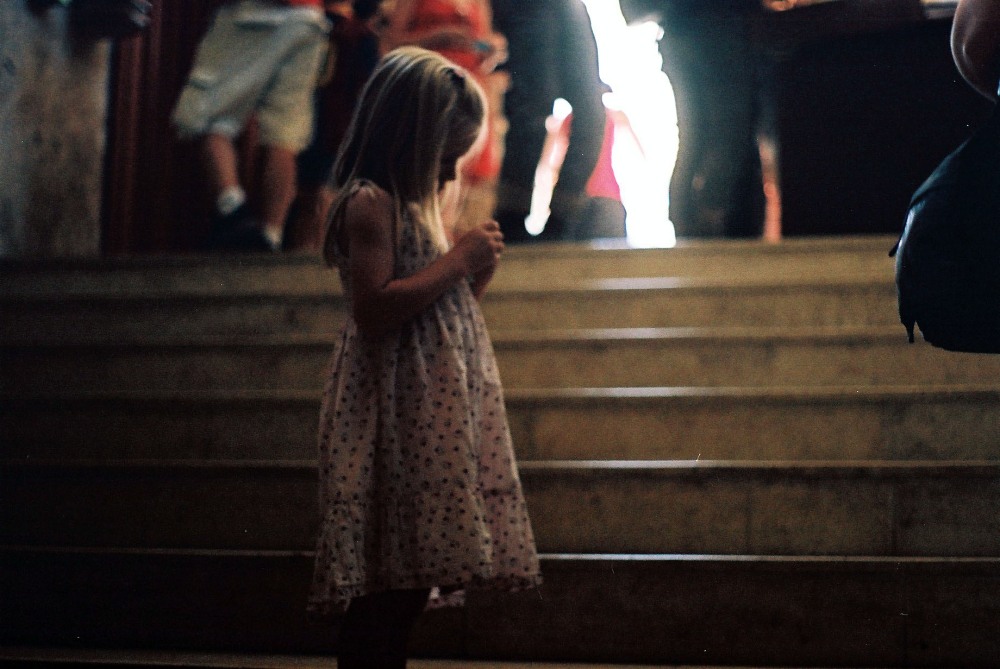 After Mink suggested we leave the Ossuary because she was getting creeped out, we got a ride into the city center and walked around for a few hours. Kutná Hora was pleasingly quiet after the waves of tourists flooding Prague, and reminded me of Baden for its peaceful atmosphere, except it had gothic architecture and was a little more run down. 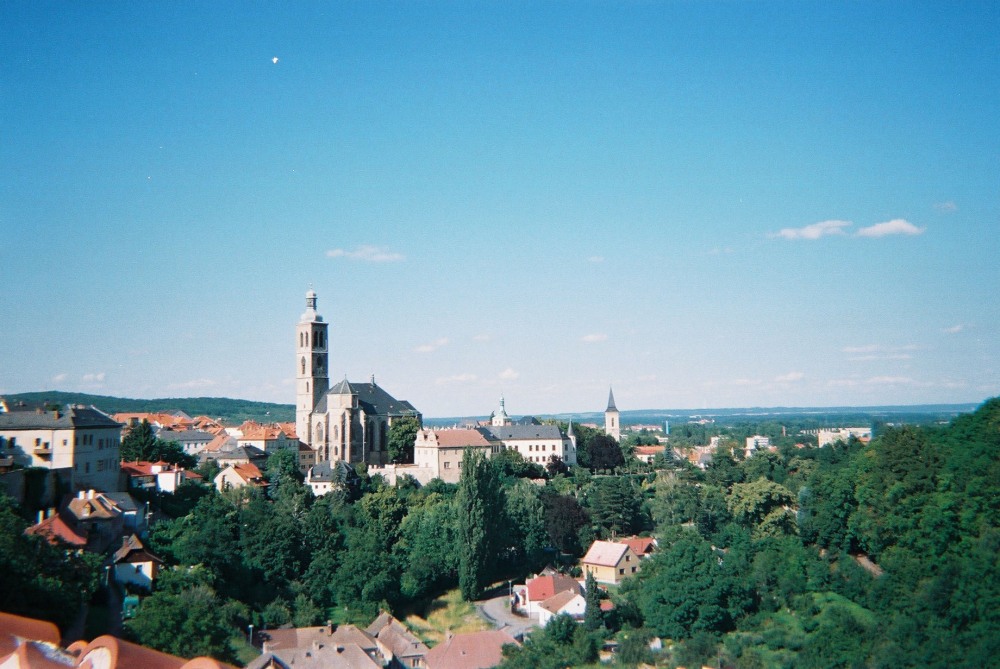 The impressive feature in Kutná Hora’s skyline is St. Barbara’s Church, with its massive gothic spires and gargoyles.

As I can’t find the photos I took of it, here’s a great shot of it:

When evening fell, we took the train back to Prague and ate some pizza in the Old Town Square whilst listening to the Bohemia Jazz Fest. After that, we wandered into an absinthe bar, since that’s a big thing in Prague – we tried the mint absinthe, which tasted like very, very strong mouthwash. We decided against going to another club due to extreme exhaustion, and opted instead for a chill bar called the Prague Beer Museum. We tried about six different kinds of Czech beer (of about 100 varieties), and all of them were excellent. We ended up at a small bar for one last beer before returning to the hostel around 2 a.m. to crash.

Of all of the things I’ve seen and the places I’ve been this year, the Bone Church was one of the most memorable: it is a testament to how we are an infinitely strange and complex species when it comes to contemplating our existence (and nonexistence). I’m with the punks on this one.